The Venice Tribute Wall provided a space for the public to share their stories, memories, and memorial related to Venice.

The West of Lincoln Project was installed at the Venice Arts Gallery. 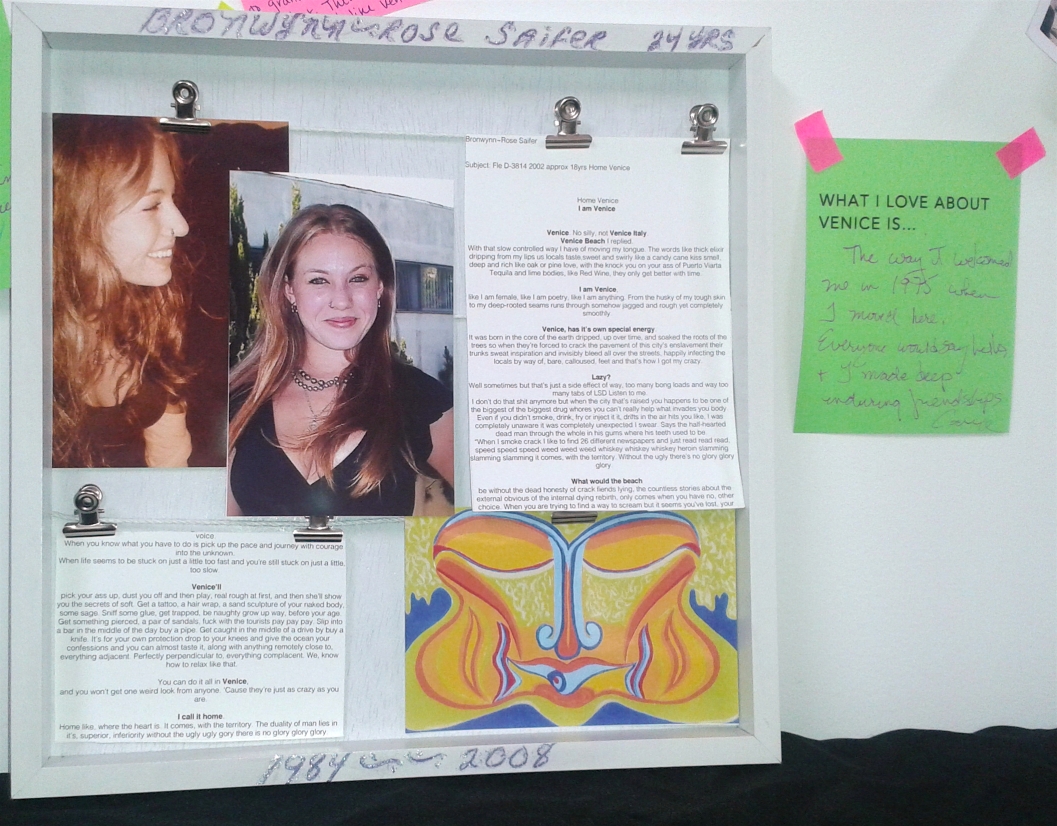 END_OF_DOCUMENT_TOKEN_TO_BE_REPLACED

Submitted for the Venice Tribute Wall by Ray Ramos 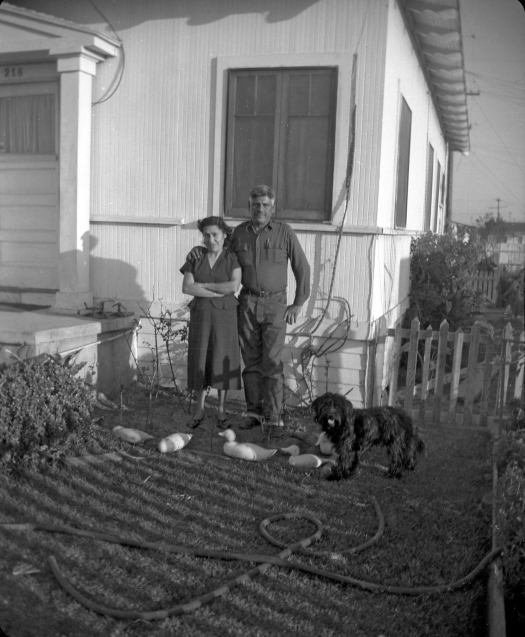 When I think of Venice; I think of my Grandma Jessie and my Grandpa Eddie. The Martinez’s arrived in Venice in 1937, from San Pedro. First residing on Trolley Way (now Pacific Ave.), then on Linnie Canal (the house long gone) until moving finally to Penmar Ave. in the mid sixties. They were hard working, simple folk. My Grandma Jessie was a soft spoken Christian woman (The Church of the Nazarene.) She always seemed to be cooking (homemade tortillas every morning) or sewing something wonderful… (how many people in Venice own a sewing machine these days?) My Grandpa Eddie was a big, rough and tumble guy, with hands the size of baseball gloves. He and his brothers had their own refuse service, that took care of the Venice area. This was way before Los Angeles had a city sanitation department.  My Grandpa Eddie was probably. the most influential man in my life. He was one of those guys, who could do, or fix anything. He enjoyed photography, and even had his own darkroom in the garage (No doubt, he developed the negative for the this accompanying photo.)  He would take the time brew and bottle his own beer (even root beer for me  and my brothers… even though it was pretty damn strong stuff. Some of my most cherished memories, are just spending time with him, watching television together; anything to The Adventures of Ozzie and Harriet and The Rifleman to Let’s Make a Deal and The Match Game. He really enjoyed television, he would watch it, with his long left leg slung over the arm of his wooden ranch style chair (which I still have.) My grand parents passed in the early 90’s. They weren’t in Venice from the beginning; but they were part of the Venice community for a long, long. long time. To me, that’s when Venice was cool. I still miss them… they were my favorite part of growing up in Venice.