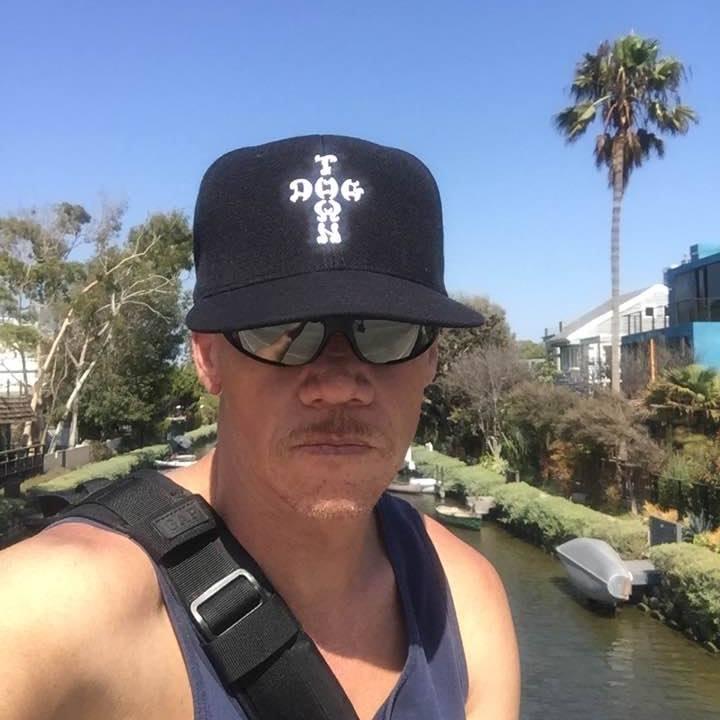 Painted in collaboration with Brad James by Ruth Chase. This is the second of 12 portraits in the West of Lincoln Project.  The painting reflects the wisdom Brad has as a result of growing up in Venice, CA. The content of the painting came from an interview taken by Ruth, along with daily phone calls and texts to Brad about how best paint his story. Brad’s biography was written by Gena Lasko.

I relate to the wolf because of its strength, speed, and because my brothers and I were raised like a wolf pack in Dogtown.

The most challenging thing about growing up in Venice was deciphering the truth from everybody else’s BS. At home, on the streets; it seemed like just about everybody was either lying or they were making up stuff in their heads. I would question my own reality. “Can I trust my brothers? Can I trust anyone?” I should be able to trust family, but it didn’t always seem that way. My brothers were in the Venice Hoodlums. Having those guys to look up to was insane. I thought that was the road I would go down, not realizing I had a choice. I just thought that was the way it was: You’re going to get a tattoo; you’re gonna get your name; you’re gonna be bigger than life; people are going to fear you; and kick every ass that steps in front of you and keep moving. When I heard someone say “Brad, you don’t have to get jumped in, you were born in!” I realized I didn’t ask to be in this, I was born into this. Venice was my world, but eventually I came to realize that all I wanted to do was to be a better person. Now I help people around me, like my friends by being of service, when someone is tripping, to help walk them out of it. Recovery is a circle. You go through it, you learn from it, then you come out of it. That pretty much sums up a lot of my life: Sometimes good men do bad things, which don’t make them bad. We were all influenced by our surroundings.

Today, I live not too far from Venice. I work maintenance and operations for a Southern California School District. I will always call Venice my home. 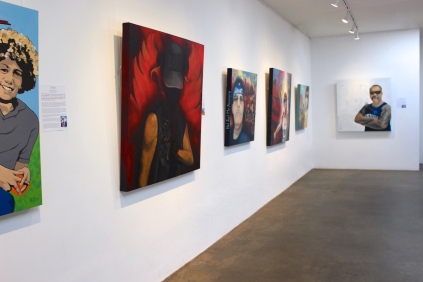 Bio taken from an audio interview by Ruth, edited by Gena Lasko.